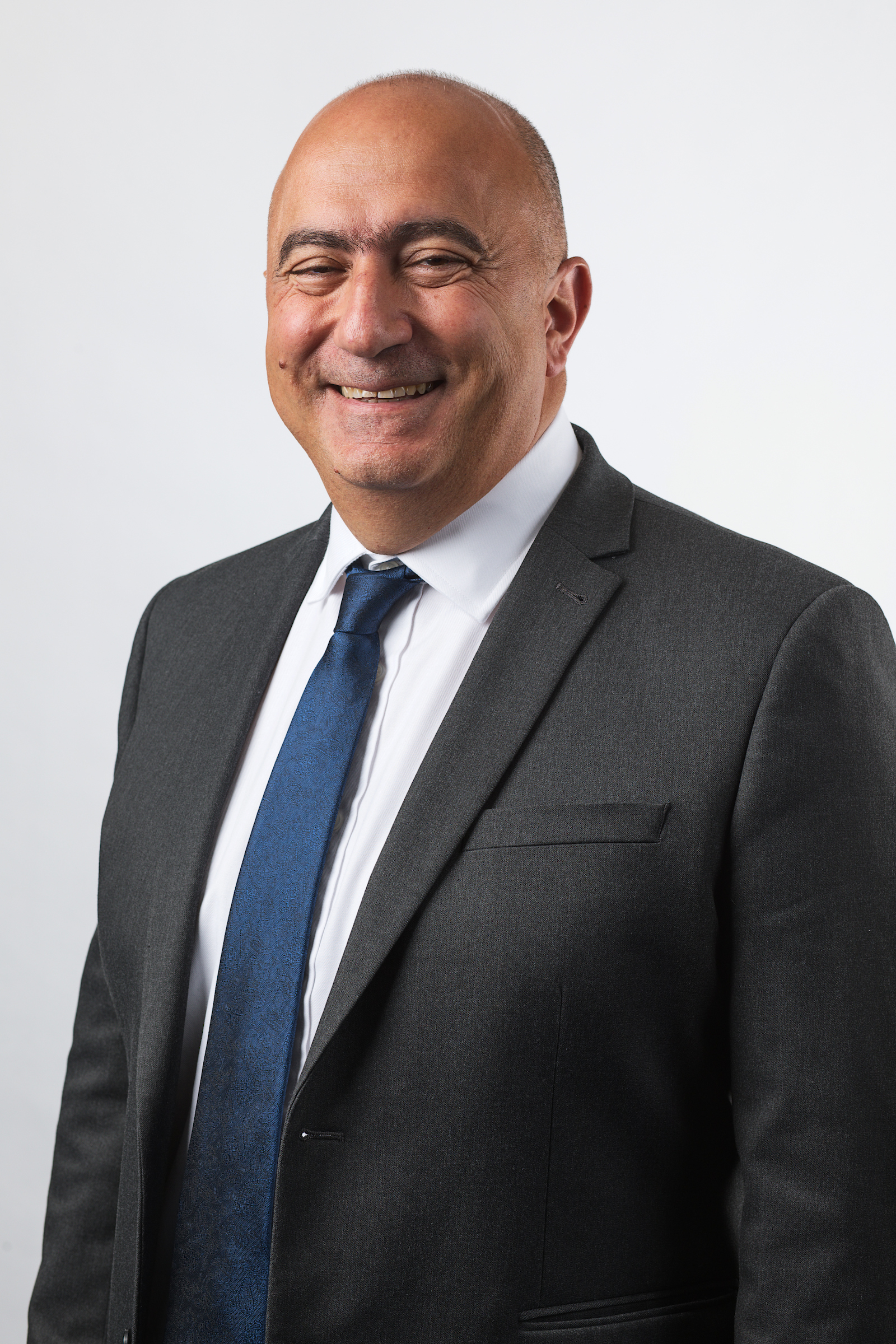 Appointed in 2019 as Managing Director of A J Morrisroe + Sons, Mike brings strong and steady leadership to the business as well as a new focus on business improvement. Together with his senior management team he is developing our approach to ensure that we continue to meet the ever-changing expectations of clients. Mike previously headed our commercial department, successfully leading some high-profile projects, as well as developing it into a strong and diverse team of Commercial Managers. Mike started his career at O’Rourke Civil Engineering as a trainee Quantity Surveyor. He was then promoted to Commercial Manager and was responsible for several schemes in London and Scotland. As a senior member of the O’Rourke team he managed the transformation and integration of precast concrete into the Laing O’Rourke Group. Mike subsequently spent 11 years as a Commercial lead at Ardmore, where he gained valuable experience in contracting and property development. 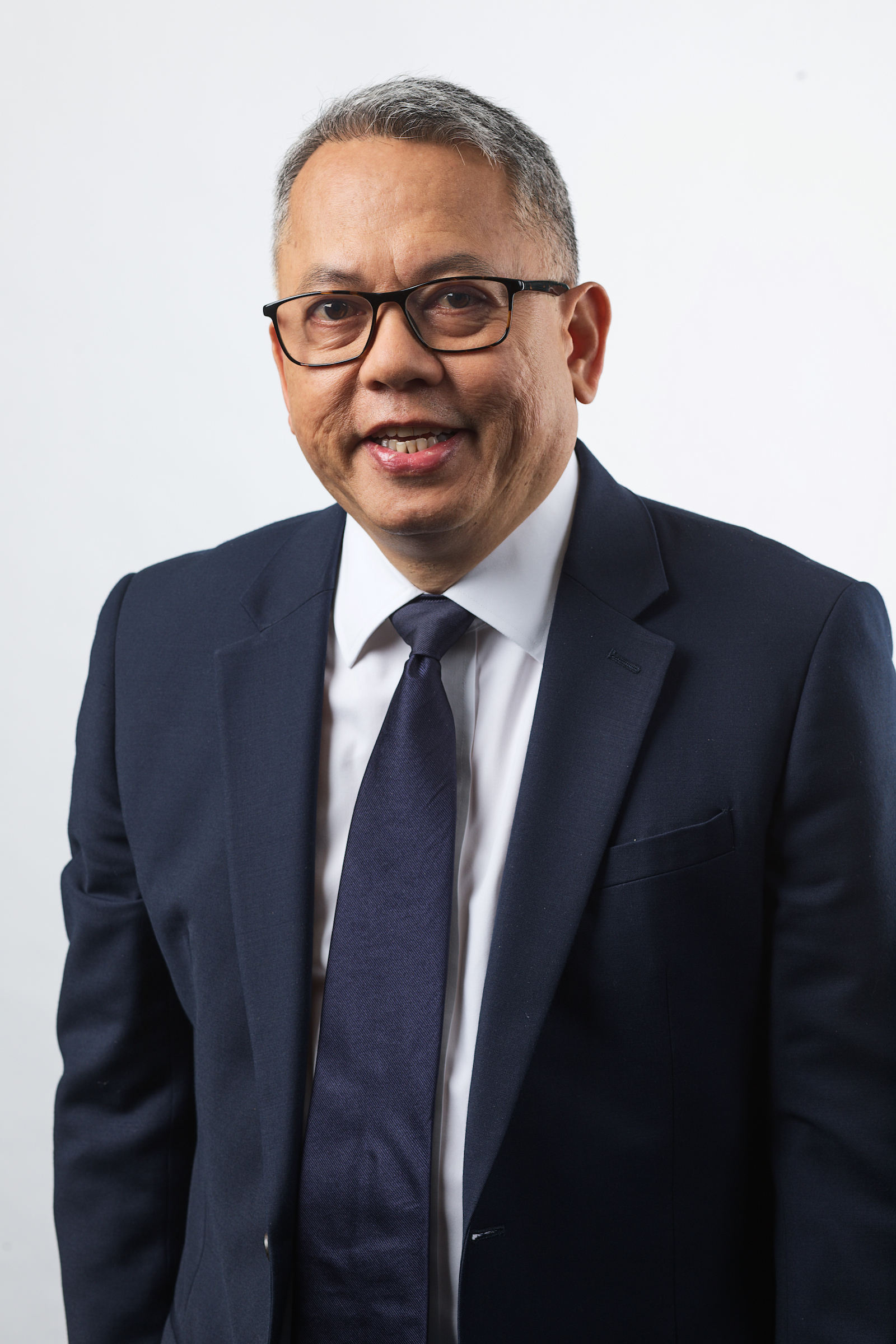 Gerry is a Chartered Accountant with over 20 years Financial Management experience. He joined the business in 1999 and has kept our financial affairs in good order throughout the years providing wide ranging support during periods of development and growth. Gerry is responsible for group financial accounting, cash management, and treasury operations. He is also Company Secretary for each company in the Morrisroe Group. 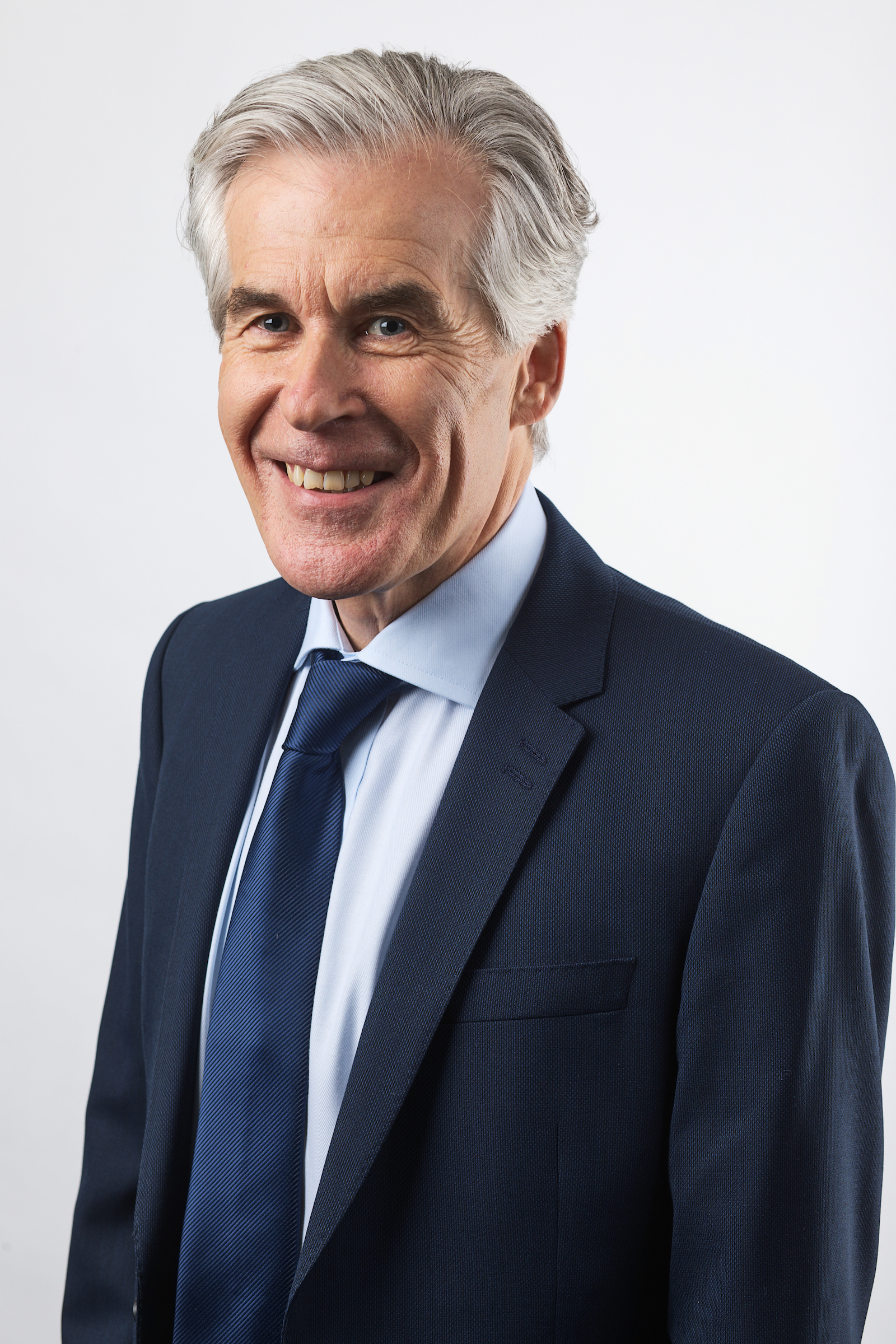 Patrick Sharkey is a Chartered Engineer with over 34 years civil and structural consulting and engineering design experience gained in the UK across a range of sectors. Patrick previously worked for the Walsh Group before joining Morrisroe in 2012 as Technical Director and agreeing to take on the challenge of setting up an independent design consultancy. Patrick has since established Kingscote Design Limited developing it from a two-person unit into a design practice of some 19 staff who provide wide ranging engineering and design expertise to A J Morrisroe + Sons Ltd as well as to external clients. Kingscote Design Limited is now at the forefront of post tensioning design in the UK. Patrick continually seeks to incorporate international best practice into his approach. Recent examples of this include the use of innovatively designed precast column connections at the Elephant Park. 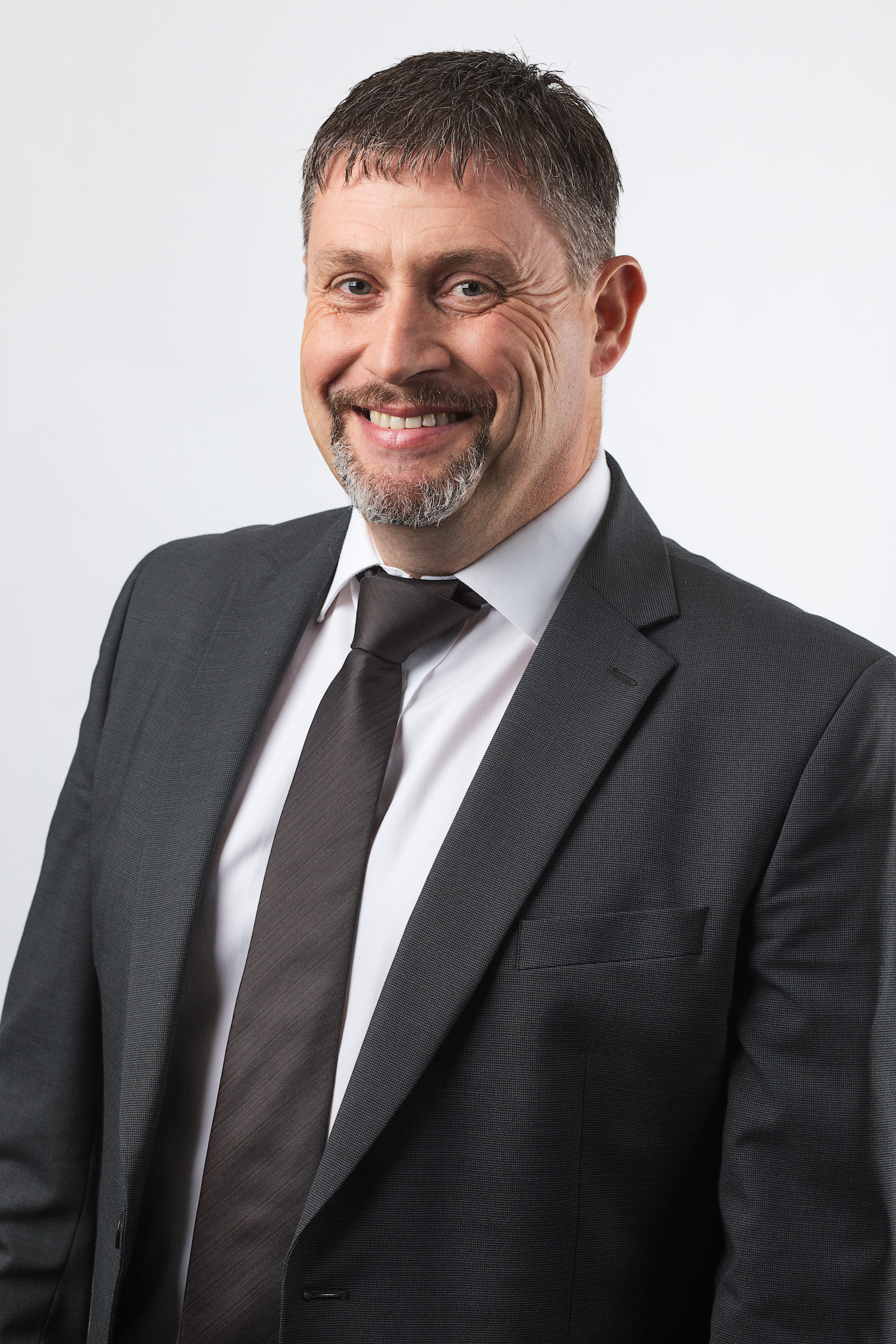 John Shealy joined us in 2016. John has overseen the construction of major projects requiring a diverse range of construction techniques and design coordination skills over a broad range of sectors. He is experienced in both pre-construction and project delivery of large and complex RC frame structures. John has successfully overseen a number of our projects most notably; 70 St Mary Axe and Arundel Great Court. He is currently overseeing Barking Riverside, Paddington Square, Blossom Street and UCL East Marshgate. John is a dynamic force and has developed strong relationships with Clients, Design Team Partners and Subcontractors. He was appointed to the A J Morrisroe + Sons Board in 2019 as our Operations lead. 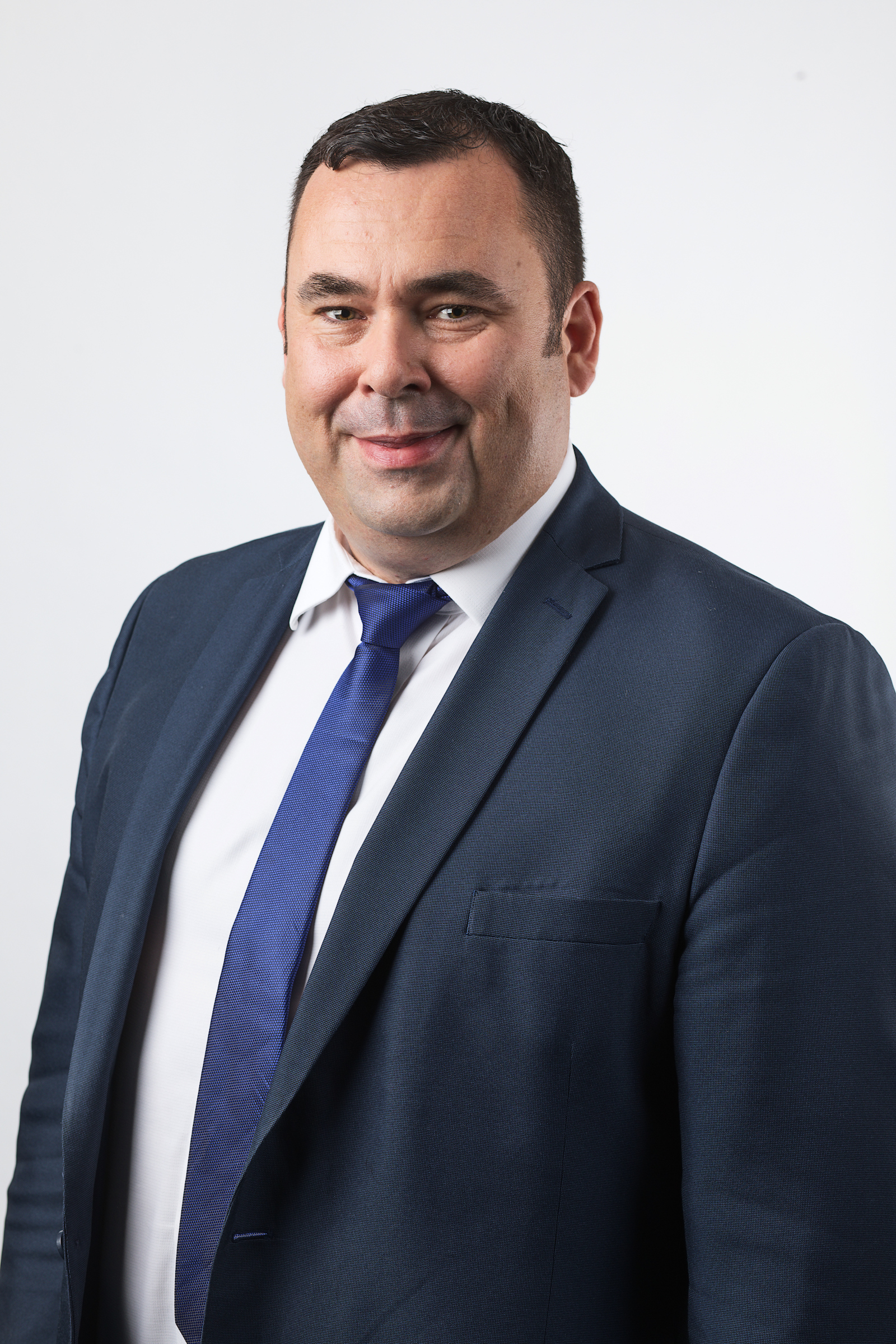 Kevin joined the business in January 2020 as Commercial Director. Prior to this he had worked at Mace for 13 years. He has a broad range of sector experience gained over 25 years working with Main Contractors under various forms of contract for some of the UK’s largest developers. Kevin has enjoyed working on a number of prestigious major projects such as The Shard, Nova - Victoria and The Atlas Building. Kevin leads our team of Commercial Managers and will be shaping our commercial approach to delivering a consistent and professional service to all our clients. Kevin takes responsibility for managing our contractual risks as well as our commercial delivery and is focused on providing stable and sustainable growth for the company. Kevin takes pride in working collaboratively with our clients and maintaining and developing long lasting relationships. 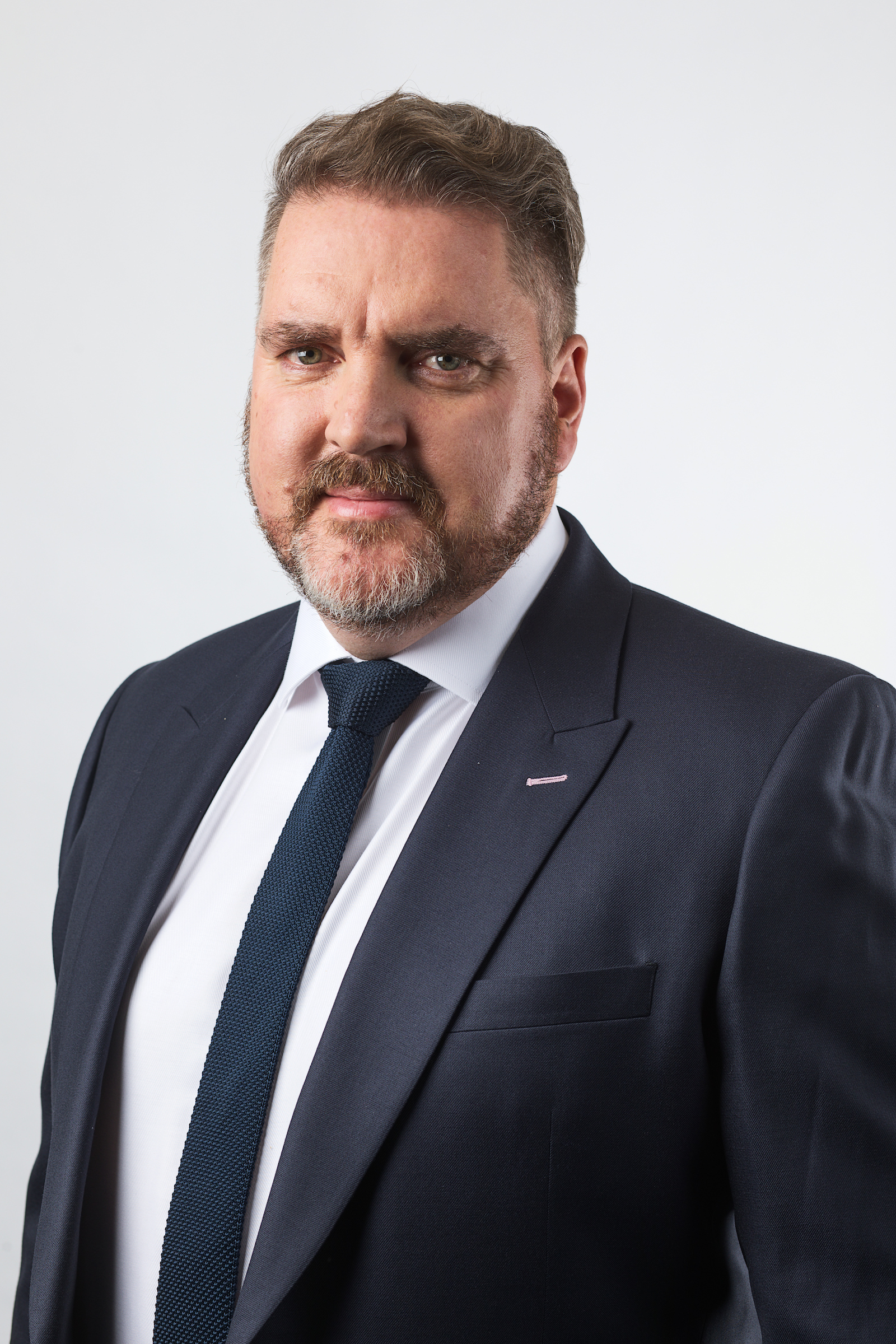 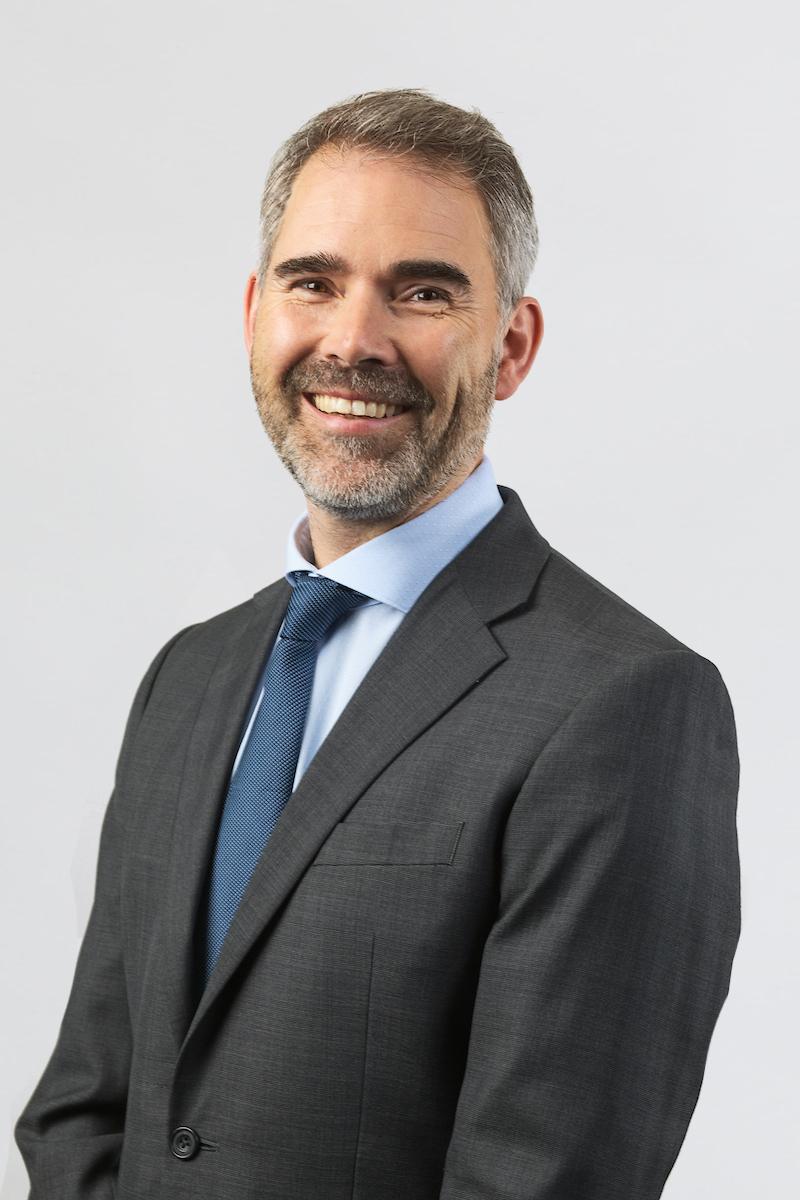 Dan Bannister is our strategic lead for safety. Over the last 15 years he has been instrumental in establishing and maintaining our reputation for safety excellence. Always challenging accepted practice to seek out more effective ways to maintain our safety culture through engagement and training, Dan’s team has achieved an exemplary safety record. Digital communications including the use of instructional films have been hallmarks of his approach. His additional responsibility for overseeing Operations in Birmingham has brought new perspectives that will shape our approach to waste management and environmental sustainability in years to come. Dan is a keen cyclist and a VSO sponsor. 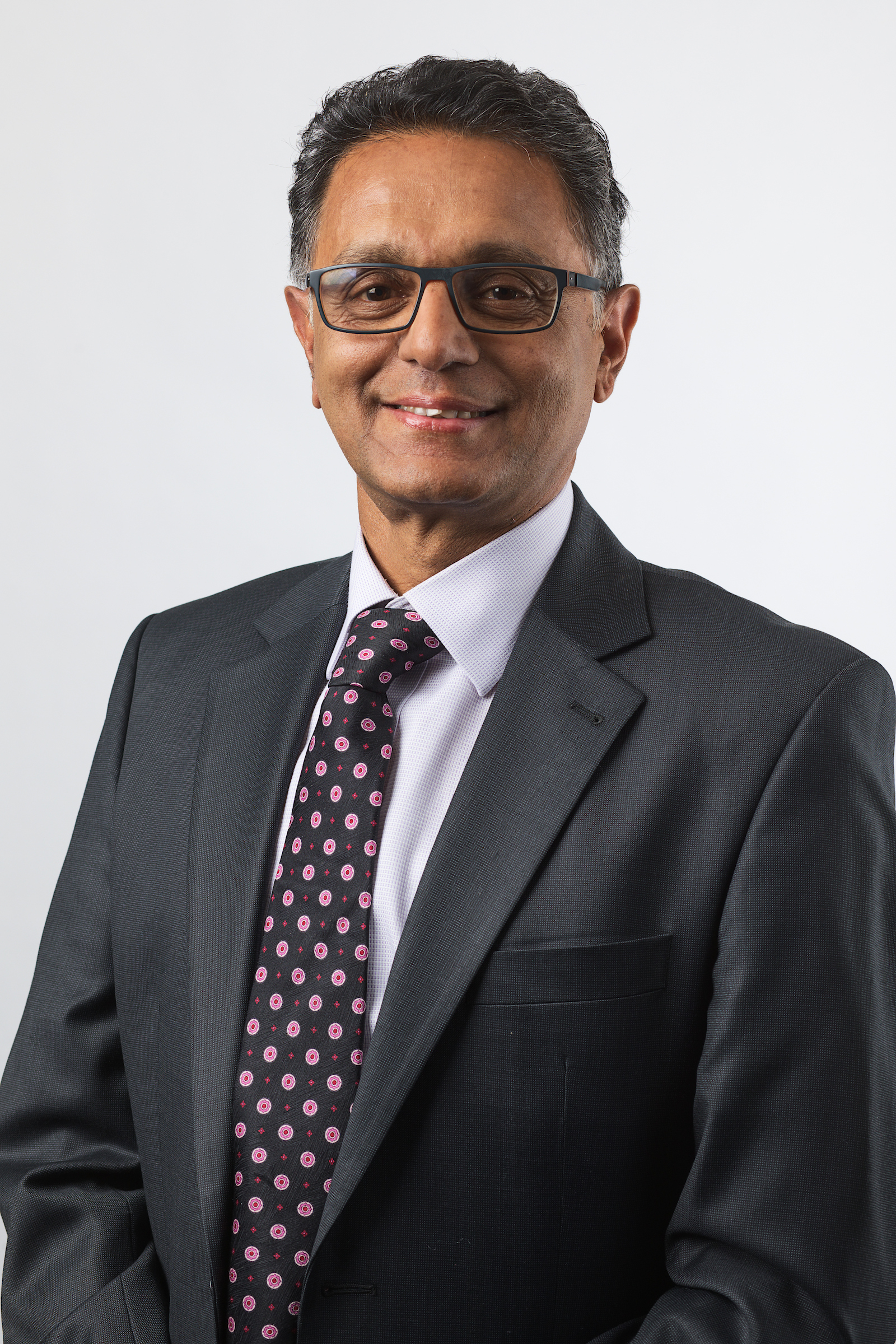 Selwyn has been with us since 2000 when he joined as a Contract Manager. He has since witnessed the evolution and growth of A J Morrisroe + Sons contributing to its growth and development over the years. Selwyn specialises in projects involving high quality exposed concrete finishes. Signature projects include UCL Hospital Macmillan Cancer Centre where a high-quality finish was achieved to the exposed concrete beams and columns both internally and externally, and Four Pancras Square Kings Cross. More recently he has overseen our work with Lendlease on each phase of the prestigious Elephant Park scheme. 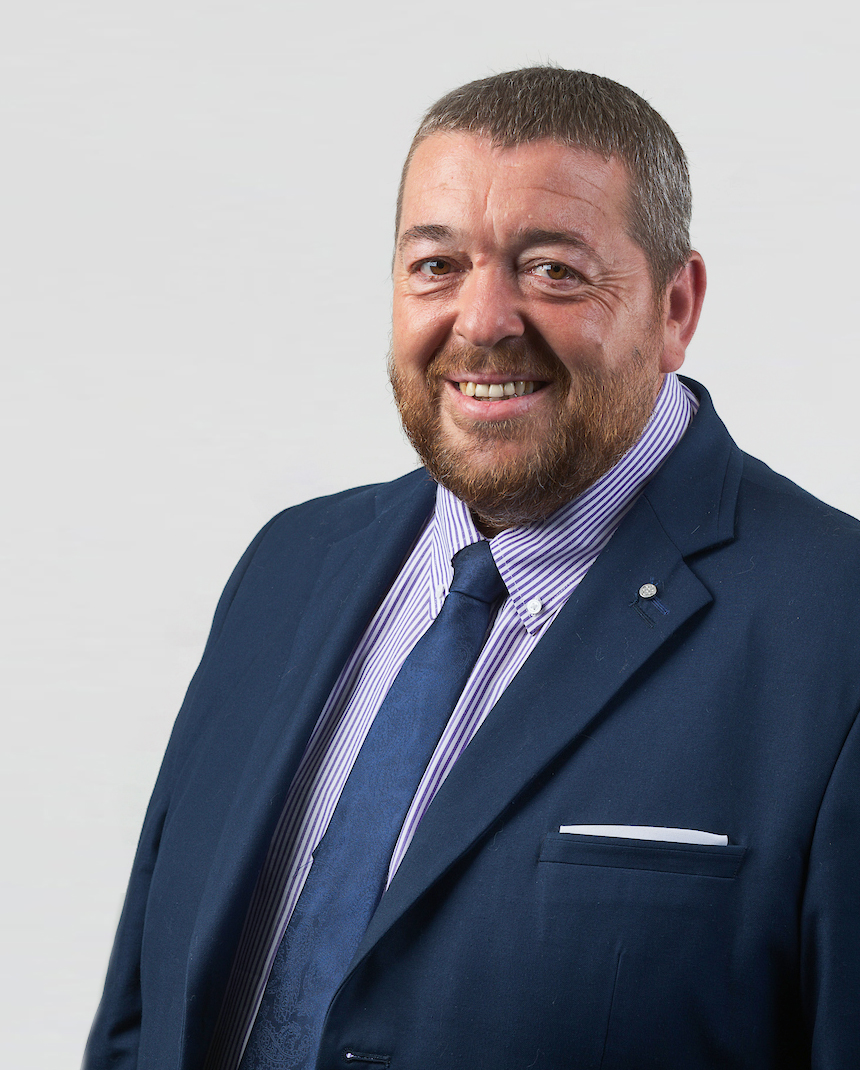 Mark has 33 years’ experience gained across several sectors of the UK Construction Industry. He has overseen several high-profile projects for the Laing O’Rourke / Expanded Group, as well as for Careys, and most recently for Tamdown. Mark started his career as a site engineer with John Laing Construction where he developed into the role of project manager, also gaining professional status with CIOB. He subsequently lead several projects as an Operations Director with the Laing O’Rourke business providing strategic leadership to their Safety team in addition to being responsible for securing and delivering major infrastructure and construction projects, many of which have involved complex civil engineering solutions performed in some of the most challenging locations. Infrastructure Projects include Heathrow Terminal 2 and VPM Building, Crossness and Becton Sewage Treatment Works. Signature basement and frame projects include St Georges Wharf Tower & 1 Blackfriars Tower. 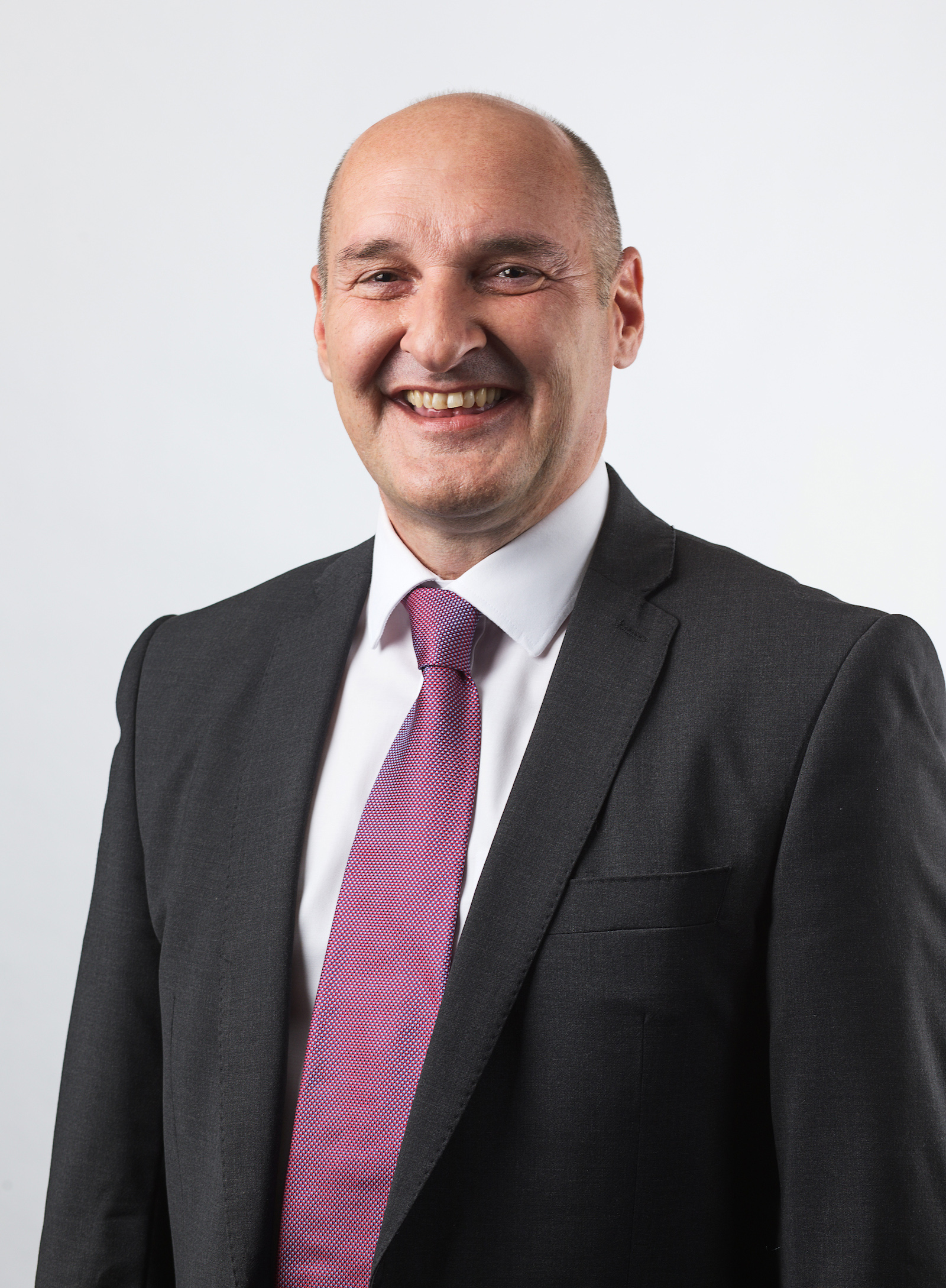 Paul joined us in 2015 as Senior Estimator. He rapidly progressed to Chief Estimator after two years and now manages a highly experienced team of estimators. Always rising to a challenge, Paul has been involved in pricing several complex jobs most notably Tottenham Hotspurs football stadium, St Mary Axe and Barking Riverside. Paul brings energy and humour to an often-high pressure area of the business. Paul supports the Life Boat Trust and in his spare time sails and plays golf.